Elite caulking, the friend of your doors and windows in Boucherville.

Elite Caulking performs caulking work and sealing and sealing for homes, residences, businesses and commercial buildings. Based in Qc, the team travels to Greater Montreal:

Elite Caulking manages the caulking work of doors and windows in Boucherville. Professional, experienced, specialized we ensure a clean and rigorous work guaranteed by contract.

Elite Caulking complies with all the standards in force in Quebec (labour, safety and skills laws).

Elite caulking company is therefore often asked to carry out work on façade. Our goal: to ensure the waterproofing of windows and doors in order to combat air infiltration,humidity and thermal bridges.
For this, our professionals use high quality silicone sealants. Thermography is also an aid tool for analyzing air intake points and building failures. 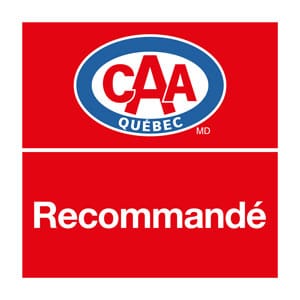 Elite Caulking is a reference company in Boucherville. We have carried out several projects to renovate the caulking of condos or private dwellings in both residential areas of the city and in residential areas and in the“Crossroads of the South Shore”shopping centre.

A guarantee of quality, professionalism and respect for the law at all times, we work under the license of the Quebec Building Authority. (N 5629-7856-01)

Elite Caulking, a caulking company, operates in Boucherville and throughout the South Shore. Quality, confidence and meticulous finish, the work is guaranteed for 10 years (5 years for the COMMERCIAL sector).

Caulking is not a “detail” in the maintenance of your address.

The energy bill increases sharply without your knowledge when the openings are poorly insulated. Aging, cracked caulking joints, with our climates the joints formerly laid deteriorate over the years.

It only takes an undated detachment for the weather to cause invisible building damage before it is too late… Infiltrations, mould rot of the frame due to moisture, installation of xylophageal insects.

Maximize the market value of your property. See how changing joints can be cost-effective

The waterproofing of your building’s envelope is not only limited to the caulking of the windows, it also concerns masonry works. Caulking and masonry are intimately connected and their repair is often joint

Here are the neighborhoods where Elite Caulking intervenes without delay.

Old Boucherville is the original district of the city where you can find the old village and the Church of the Holy Family. It can be located about opposite the river, between the boulevards of Fort-Saint-Louis, Montarville and Montbrun.

The Le Boisé district is located in the quadrangle consisting of the streets of Montbrun, Normandy, Touraine and Montarville Boulevard.

The Harmonie District is located between the boulevards of Mortagne, Montarville, Montbrun and Normandy. Its development began in the late 1990s and zoning is mainly residential

The District of Cities and Provinces of France is located between the streets of Normandy, Gay-Lussac, Ampere and the Boulevard de Montarville. Its peculiarity is that all the names of streets and parks evoke cities and provinces of France.

The Lordship,a residential area, is located in the quadrangle formed by the boulevards of Fort Saint-Louis, Mortagne, Montarville and Industrial.

The Sabrevois Estate is a district built in the early 1970s east of Montarville Boulevard, between Samuel-de-Champlain and Jacques-Cartier streets.

The Boucherville Industrial Area covers the western part of the city on either side of Highway 20, adjacent to the nearby town of Longueuil. It is divided into 3 industrial parks that offer 15,000 jobs.